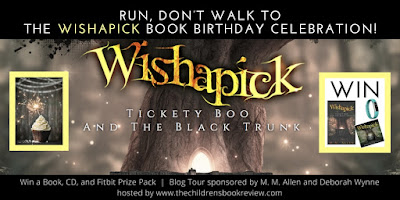 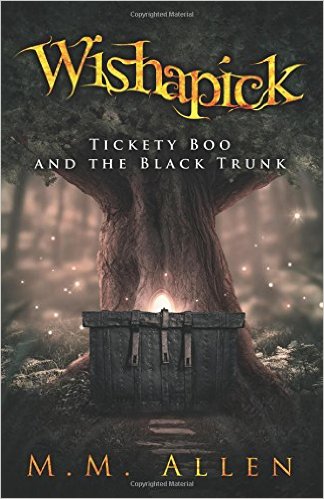 BOOK SYNOPSIS
Highly praised classic fairy tale, Wishapick Tickety Boo and the Black Trunk, a children’s book for all ages, written by acclaimed author MM Allen; and a CD of Wishapick Tickety Boo and the Black Trunk soundtrack composed by the talented Deborah Wynne.
Darkness-utter blackness. Was this why his mother had refused to let Jack unlock his father’s old trunk? It had been two years since his dad had died, and all Jack could think about was examining whatever treasures were stored inside the beloved trunk. But when he finally lifted the lid, he didn’t just fall in –he fell through it into a pit of rattlesnakes. Trying to recall his mother’s stories about the Breathe of All Good Things –anything to help him out of his dangerous predicament-Jack wished he had paid attention rather than mock the tales as childish myths… and that he’d waited to enter the trunk with his sister, Lilly. They could have at least faced this together. Jack quickly learns two things; the villagers in Wishapick think Jack is the only one who can bring light back to Wishapick –and accomplishing this feat is the only way he can return home.
Wishapick: Tickety Boo and the Black Trunk is available on Amazon (http://amzn.to/2bYcSRN). 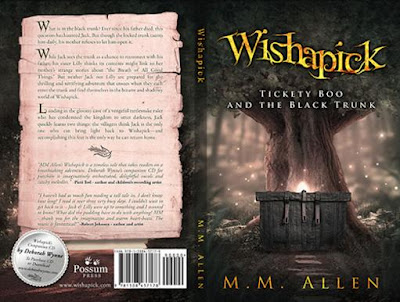 ABOUT THE AUTHOR
About M. M. Allen
M. M. Allen, author of the acclaimed children’s picture book Let’s Play Ball, is the mother of two adult children and aunt to twenty-three nieces and nephews, including ten great-nieces and great-nephews. MM is a former teacher and university lecturer. She has also worked extensively in marketing and communications with varied businesses and non-profits. MM lives in a picturesque northern California town where she enjoys writing, tending to her rose garden, and caring for her West Highland terrier, Pip.
About Deborah Wynne
Composer and lyricist Deborah Wynne created a companion CD of songs to accompany Wishapick: Tickety Boo and the Black Trunk. Wynne’s primary talents lie in choral singing, stage musicals, and composing. Her musical projects include the 2013 album Strands of Gold and 2007 musical Moment of Truth. She is an active singer and composer in Santa Barbara, California, where she lives with her husband and their two shelties, Sparkle and Gracie.
Learn More About Wishapick
Wishapick Soundtrack Be sure to check out the companion music CD, Wishapick, for purchase or download from DeborahWynne.com
Book Club Questions Get to the heart of Wishapick by downloading this set of book club questions: Wishapick by M. M. Allen: Book Club Questions 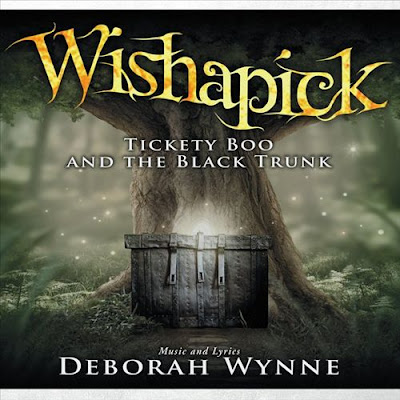 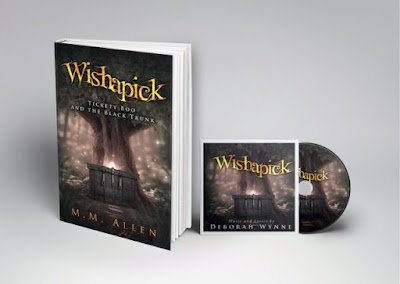 
One (1) Winner Receives The Grand Prize:

Disclosure : This Blog has  partnership with The Children’s Book Review, M.M. Allen, and Deborah Wynne for the purpose of this Blog tour and Giveaway. Compensated Post .
Posted by Carey Hurst at 00:15