We are a household of Candy-Chocoholics here; so of course we jumped on the latest candy craze with the cool Japanese DIY candy kits.

As is common knowledge my toddler gets some YouTube time everyday , and he stumbled upon these DIY kits and wanted to try them. So one by one we will get a kit shipped in from Japan to try for ourselves. We get them through Amazon.ca. All for free I might remind you as I do things online that award me gift certificates.
The shipping is also free for these. Now it did take a few weeks to arrive mind you, but no complaints here. Not only was it free all around , its such a cool thing to get. Not to mention how crazy my toddler went with excitement when he had seen what mommy had for him. The cutest part is his mimic to the YouTube videos . 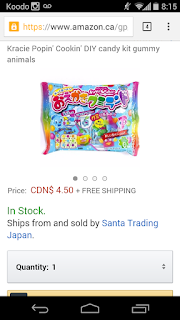 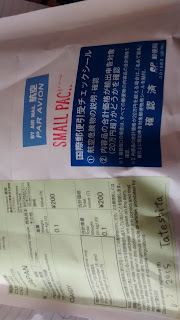 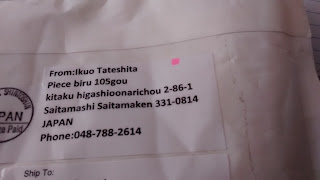 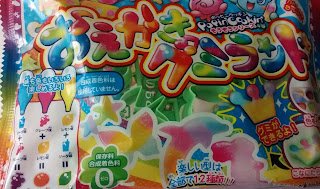 Had no idea what to expect at all, especially by the package. But I was just as excited as my toddler . 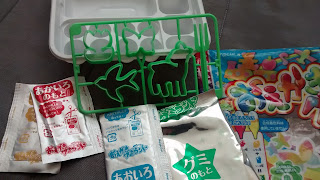 Very cool little package of stuff. The mixes, a little water squirter , the base , some cute gummy moulds and a stir fork thing. 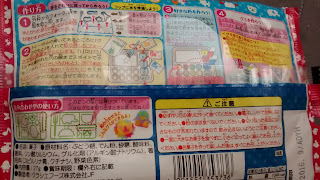 Not a word of English. There is some pictures that sort of show you what to do, you can also watch an unboxing on YouTube if you NEED to . 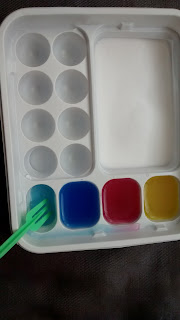 So the hardest part of everything was actually getting my toddler to set it up for him. I was going to let him free for all anyway but wanted to make sure,itwas set for him. It took about 10 min to actually convince him to let me do it , he had everything in a death grip hug . 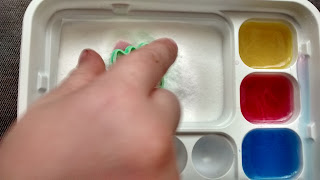 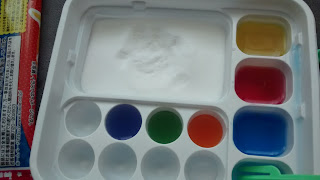 You have 4 packages , one blue, red and yellow ( that becomes the jelly base, basically just gelatin) , and you are given a large package of a sour substance . That becomes the coating and base for your jelly and serves as a sour coating and I would assume sets the gelatin quickly. You are given a water dropper that holds the exact amount of water you need in each colour package to make the jelly. Of course the dropper is also used for the jelly to place it in the mould. 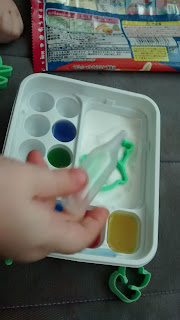 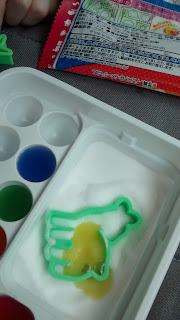 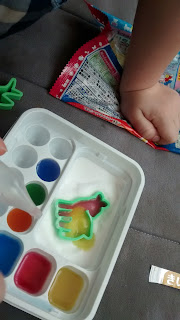 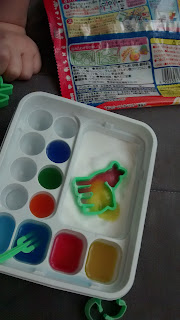 With your base colours you can create different colour combos, and they show you on the back of the package if colour mixing has slipped your mind since Kindergarten. 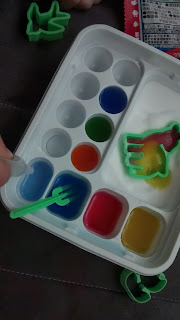 You take the dropper and suction up the colour or colours you want and place a mould in your powder and squirt your jelly in the mould. 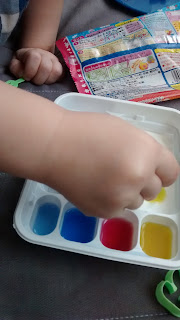 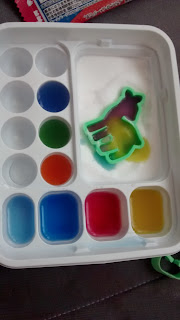 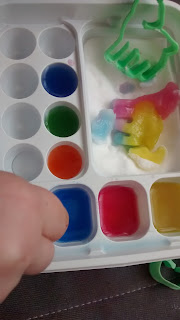 It only took a few seconds to set .The candy easily came out of the mould and I rolled it in the sour powder for full effect . Mind you getting close to the candy was almost impossible but I showed my toddler what to do so he could finish the rest. 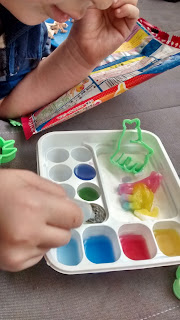 The candy was actually really really good. I had to Mcguiver a stealth move to even get to try it.
The play lasted for about an hour with him . By the time he was finished playing and eating the candy it had all turned into one big brown mess of color mixtures. But it was so much fun . Highly recommend .