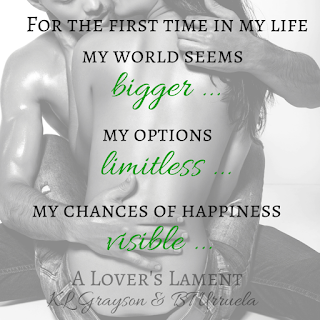 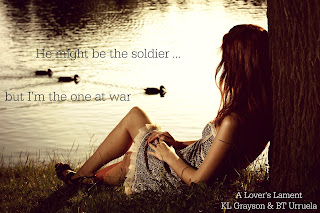 In a matter of seconds my entire world changed, and it was in that moment that I stopped living and simply began to exist.

In my grief, I sent a letter to the first boy I ever loved. I hoped in writing it I’d find some peace from the nightmare I was living, some solace in my anger.

I didn’t expect him to write back. I wasn’t prepared for his words, and I certainly wasn’t ready for the impact this soldier would have on my life. A deep-rooted hate transformed into friendship, and then molded into a love like I’d never known before.

Sergeant Devin Ulysses Clay did what I couldn’t: he put the shattered pieces of my heart back together, restoring my faith in humanity and teaching me how to live again.

But now that I’m whole, I have a decision to make. Do I return to my life as I knew it and the fiancé I left behind, or do I walk away from it all for the only man to ever break my heart?

I’ve been living in hell, but you won’t hear me complain.

These men depend on me, as I do them, and this brotherhood is the only family I’ve ever known.

The Army saved me from a callous mother and a life on the wrong side of the tracks that was quickly spiraling out of control. So unlike most of the men in my platoon, going home wasn’t something I longed for.

I was content overseas, spending my days defending this country that gave me my life back. Fighting became my new normal … until her.

A letter from Katie Devora—a letter that I almost didn’t open. Her words put a fire back inside of me that I didn’t know I’d lost. She gave me hope during a time when I was fighting every day just to stay alive, and now it’s time I fight for her. 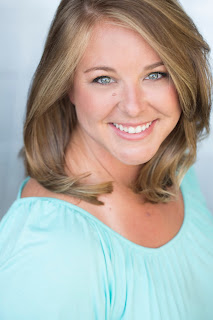 K.L. Grayson resides in a small town outside of St. Louis, MO.  She is entertained daily by her extraordinary husband, who will forever inspire every good quality she writes in a man.  Her entire life rests in the palms of six dirty little hands, and when the day is over and those pint-sized cherubs have been washed and tucked into bed, you can find her typing away furiously on her computer.  She has a love for alpha-males, brownies, reading, tattoos, sunglasses, and happy endings…and not particularly in that order. 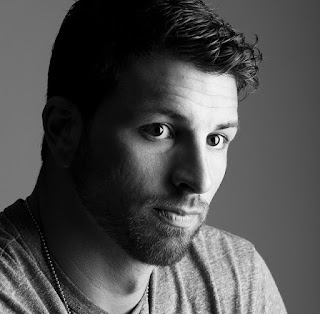 Taylor Urruela was an infantryman in the US Army from August 2004 until February 2011. At the end of a year long tour in Baghdad, IQ, his vehicle was hit by two roadside bombs, which took his right leg below the knee and the life of his commander. He was awarded the Purple Heart for his wounds, an Army Commendation Medal and Combat Infantryman’s Badge. He medically retired from the Army in 2011 and moved to Tampa, FL where he currently works as a Director and Brand Ambassador of VETSports, a veteran community sports nonprofit he co-founded in 2012. He also conducts speaking engagements and he’s a personal trainer for Tampa Sports Academy. 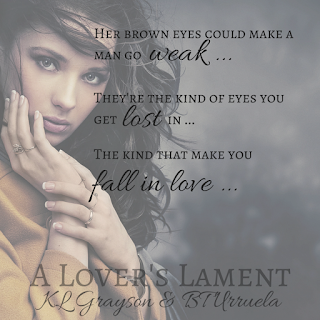 I wake before the sun has checked in for the day and scan the tent, noting my men still sleeping heavily. My morning ritual, at least the days I have time to do it, requires a bit of privacy, and I make certain I have it before I begin. Most of these clowns will just jerk it from their cots in the middle of the night with the rest of us passed out around them. There’s always been something odd about that to me. On a regular basis, I've woken up to the sounds of heavy breathing and skin slapping skin, and it pisses me the fuck off. If I’m not dog-tired, they’ll get a boot heaved in their direction, aimed straight for the dick and with the express purpose of putting them out of business for a while.

No, jackin’ the beanstalk in public isn’t for me. Unfortunately, that leaves only one other place to do it—the Drop Zone. Porta-shitters, as we like to call them, sit for weeks without being emptied and capture every bit of the sun’s heat. It’s like a fucking greenhouse in there, and one breath in that motherfucker while beating off and your dick is in full retreat.

This time my mind goes for none other than Jackie O. She’s spread-eagle, with my tongue lightly flicking her throbbing clit while she's begging for my dick. And, of course, I’m making her call me Mr. President. I laugh at the last thought but notice it's at least gotten the job started. Since my dick is half-mast and ticking its way to full form, I slink my way to the tent’s entrance.

I manage to make it into the shitter undetected and quickly go to work on my shaft while my left hand pinches my nose like a vise and my eyes squeeze tightly shut. Only this time it isn’t someone famous that I picture. It’s Katie.

Even as early as it is, the Drop Zone is like a sauna, and beads of sweat collect on my forehead. I try desperately to hold in my breath as the seconds tick down. Just as my lungs begin to demand air and my body stiffens, I toss my head back with a stifled groan. My body recovers from its high much quicker in this setting, but at least the job is done. Two weeks of combat stress gone, just like that.