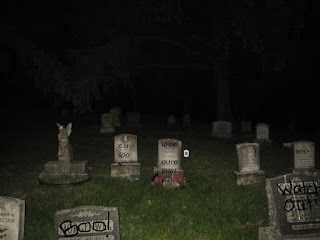 The gore and disgusting movies they have been putting out the last few years to close to a decade or two,  are no comparison to the cheesy awesomeness of the 70's and 80's horror and terror cult classics.
Today's movie do not scare , they just traumatise not in a horror movie way but use disgusting special effects of torture and murder with an element that can leave you with just a sick feeling.  You want to be scared not traumatised , you want to sit on the edge of your seat with your knees pulled to your chest so the monster under the seat does not grab your toes. You want to be closing your eyes and peeking just enough to get the scare of your life having a laugh all the while, not cringing in disgust and ready to throw up . You want the movie to have you scared that you might piss your pants.
A true horror movie screen writer does not have to rely on the special effects to make the movie, they can fall back on their true writing talent . Of course the effects add the extra element to bring their thoughts to reality , but they use their written concept to really scare and invoke the fear element instead of the disgusting gore that make you cringe away , but not through fear .
Obviously gore plays a part to some extent ; and slasher movies would not be what they are without it , but when their is nothing left to the imagination and the killing, death and torture scenes are played out piece by piece, you are robbed the real element of horror movies and how your imagination plays a role in invoking your fear. When the gore steps above and beyond it no longer is a true horror movie .
Maybe the problem ; is we as a society as a whole are so desensitised to the vile acts of other human beings , that is is acceptable . So disappointing though  . Nothing shocks and ahs anymore where you have to use your imagination of what is taking place after being given just the slight hint . There is more fear, more excitement and more value to the unknown .
Just seems nowadays movie makers are also just remaking the old cult classics and making them more gore filled for today's audiences . So far the remakes have been sub par and remade badly at best.
There is nothing wrong with a new spin on an old classic but don't ruin it , take it to the next level, not by how much blood and guts can be slashed across the screen in the most vile of ways, but with a good old mind fuck that leaves you reeling from the mental workout . That finds you biting your nails in a fear induced state left over from your over active imagination at what the film has left within you.