When the cold hits, only he can warm her…

This December, snuggle up with 10 BRAND NEW romantic rescue stories! From literal heroes in the snow, to the bad boy whose soul is saved by love. These sexy stories will burn up your e-reader while melting your heart.

-----------------------
BY THE LIGHT OF A BLIZZARD by Michel Prince Kelsi Stamp is known all over the world as one of the best-selling Sci-fi authors. Living in a small town she’s able to stay hidden tucked away in her cabin in the woods. Outside of her internet searches she stays away from the world. Readers are fickle and love has turned to an unhealthy obsession in the past. As a blizzard bears down on Northern Minnesota Kelsi’s lights flicker then go out right after a large crash echoes through the wilderness. A truck holds an unconscious stranger she is being pulled to, but who is Jace Runyon and why was he driving so fast on a road no GPS even knows exists?

-----------------------
WINTER DECEPTION by Amy J. Hawthorn Kelly’s been framed for diamond theft and nothing is more important than clearing her name and keeping her job. There’s only one problem, the deadly snowstorm tearing through Kentucky. Detective Jake Bowie comes home exhausted and prepared to sleep his vacation away. His dog, Jasper, has more important things in mind. Say like rescuing a half-frozen, damsel in distress. No stranger to puzzles, Jake senses there’s far more to Kelly’s story than she’s admitting. Can he see through the heat of their passion to figure out this sexy little mystery?

-----------------------
KISS OF ICE by Kayleigh Malcolm Alice loves life as a geothermal engineer, searching the globe for her next adrenaline thrill. Falling down a crevice into a glacier and finding a frozen Viking of a man was an adventure she never saw coming. Erik pissed off the wrong witch and she cursed him. Every living thing he touches…freezes. His only escape was to hide away and hope the curse died with the witch. The gorgeous woman who finds him is everything he’s ever craved, but he can never have. Can Alice and Erik learn how to break the curse before it’s too late or will the ice freeze their chance for love?

-----------------------
STORM OF SEDUCTION by Nicole Morgan Lori Hammond wanted for nothing. As the only heir to her family fortune she’d learned at a young age she only need ask for whatever she desired. All the money in the world hadn’t gotten her the one thing in life that she’d wanted most, Kevin Preston. As the head of The Gilpin Search and Rescue Team, Kevin knows the dangers that a Colorado blizzard can bring. And with one looming closer to their patch of the Rocky Mountains he and his team prepare for the worst winter storm to hit their county in decades. Hearing of the blizzard, Lori concocts a scheme to get exactly what she wants. But, will her plan be the thing that brings them together? Or will the rewards not be worth the risk as their very survival hangs in the balance?

-----------------------
ALASKA’S SNOWY FATE by April Zyon Christmas is looking rather bleak for recent divorcee, Alaska. Spending her vacation with her family will truly test the limits of her sanity, but she’s determined to push through and get some killer slope time in the snowy mountains. Drake is looking forward to spending the holiday season hunkered down with his polar bear clan, rest and recouping from his constant training for the Olympics. When he and his clan-mates are called out on a dangerous search and rescue mission he never dreamed he’d come face to face with his fated mate. Saving Alaska from her car was only the beginning, and the pair find themselves in a dangerous cat and mouse game with someone determined to kill her. Is it Alaska’s Snowy Fate to find Drake and fall in love, only to die in the process?

-----------------------
WINTER’S STORM by Gracie Meadows Born to a life of privilege, Winter Stevens is ripped from her entire world by a secret she’s not willing to give up. In a small run down cabin in the middle of nowhere, the past blasts back into her life in the form of the deliciously enticing, Jules Brennon, and threatens to reveal the secrets she’s protecting. Jules spends his life in a solitary cabin in the woods, content with only his ax for company. When the long-vacant cabin nearby is rented out, he’s forced to endure a neighbor. Never in a million years did he expect it to be Winter. A blustery cold night forces these two together causing secrets to be spilled, and Jules to get tangled up in Winter’s Storm.

-----------------------
SNOW ANGEL by: Rose Nickol Kasey Danvers is on the run. Her step-father has finally pushed her to the edge, and now her only plan is to drive until the car runs out of gas. It’s just her luck that it happens in the middle of a freak snowstorm. Fate intervenes, when Bryce Cromby comes to her rescue, warming her body and soul as he protects her from the storm. But can he protect her when her step-father comes for her again?

-----------------------
SNOW-KISSED by Lizabeth Scott Reed Hamilton, a home restoration expert, is more comfortable in her steel-toed boots than teetering on heels at a shopping mall. Relationships she usually kills from neglect so she’s taken herself off the market. An unexpected assignment to evaluate a potential project in upstate New York has Reed leaving the Victorian she’s working on to meet with the client. A client she discovers spooning her from behind when she wakes up in his bed! Reed finds Mason charming, tempting and hot! An early snowstorm dumps an irresistible woman at Mason Tate’s door. As beautiful and enticing as he finds her, career focused Mason doesn’t do entanglements of any type. So he proposed that while snow falls outside, they make their own heat inside and then go their separate ways with only pleasant memories of their time together. No emotions, just a good time. At least that was the plan. Until that kiss.

-----------------------
SNOW BOUND by TL Reeve Amity Jones is in trouble. Her ex-boyfriend is stalking her and won’t let her go, no matter how many times she runs away. After his latest attempt at kidnapping her, she has to disappear, or else. Lance Wingham, Alpha of the Rosewood pack isn’t expecting to find his mate in a ditch on the side of the road. Caring for her is easy. And, when Amity's ex-boyfriend shows up looking for her, he’ll do whatever it takes to protect her. Will Amity be able to accept the wolf lurking under Lance’s skin, or will she once again be running scared? 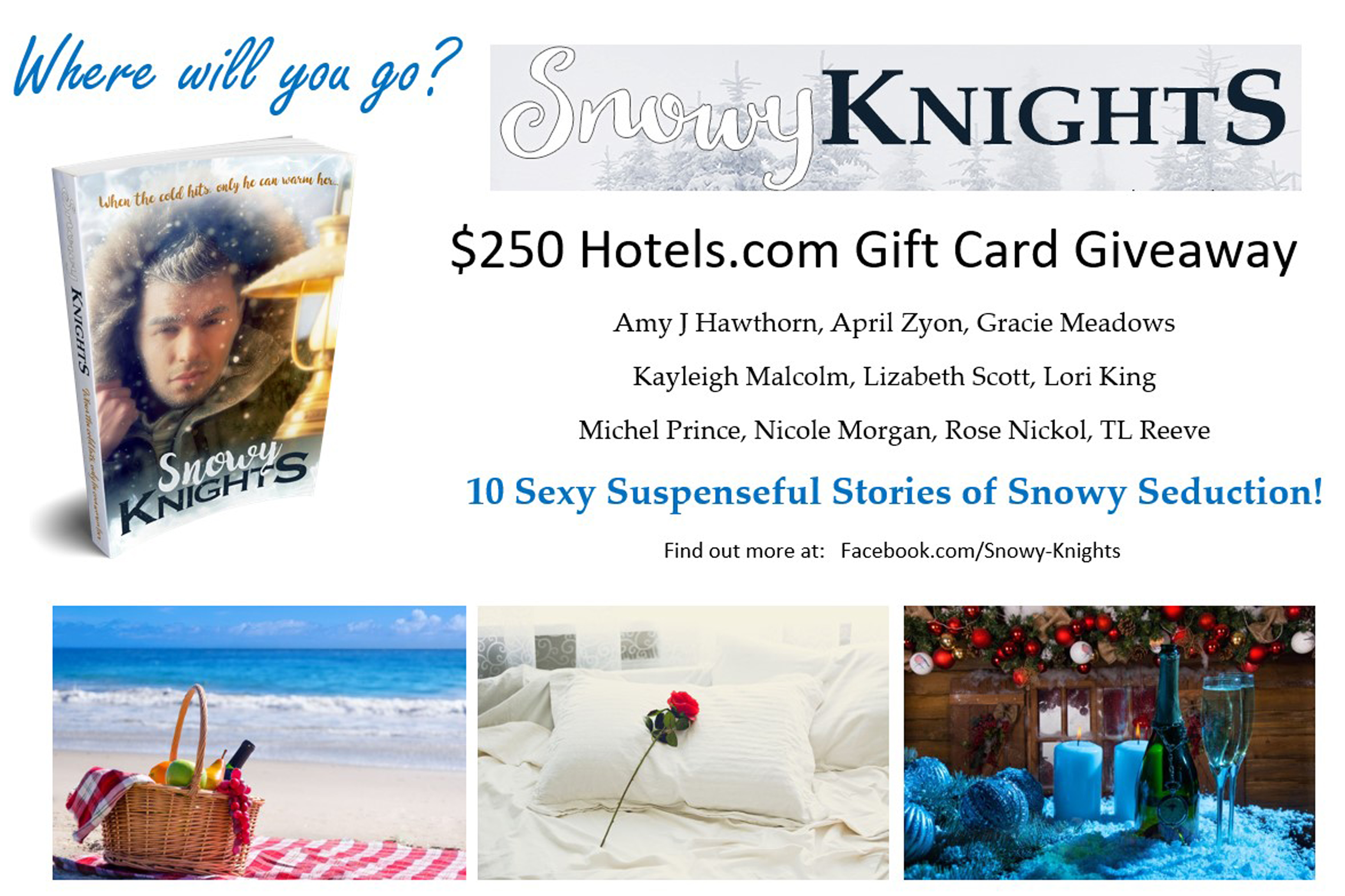 This blog is not responsible for giveaway !
Posted by Carey Hurst at 00:14