Giveaway tour for Adventures of Little Yaga and Her Friends 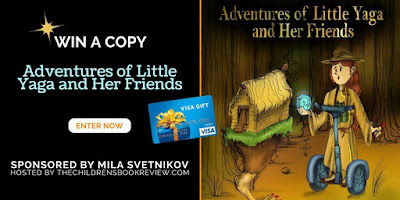 DISCLOSURE
Per FTC guidelines, I am disclosing  partnership with The Children’s Book Review and L.B. O’Milla . This is a compensated post. 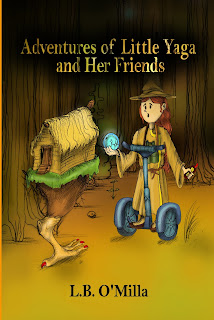 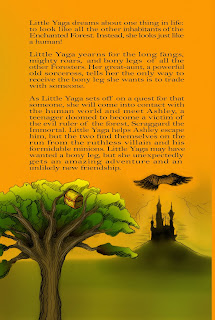 Adventures of Little Yaga and Her Friends


Publisher's Synopsis: Little Yaga is a teenage forest dweller. She is unhappy because, unlike other foresters, she cannot howl or roar, and both of her legs are human-like. There have been rumors that Scraggard the Immortal, a powerful and ruthless Ruler of The Forest, is not exactly immortal. He is sustained on the energy of humans.

When he lures Ashley, a human teenager, into The Forest, Little Yaga, feeling sorry for this weird creature, helps her escape. Infuriated, Scraggard sends Little Yaga and her best friend Kikimra to the human town to bring Ashley back. The forest girls, stunned by technological “miracles” of humans, believe them to be as powerful as the Immortal himself. Unwillingly, Little Yaga and Kikimra become instrumental in Scraggard’s pursuit to recapture Ashley. Distressed by her disappearance, Ashley’s boyfriend and her brother manage to sneak into The Forest. Combining their efforts with Little Yaga and her forest friends, the teenagers embark on a perilous journey to rescue Ashley and save The Forest from Scraggard’s malevolent reign. As Little Yaga discovers the secrets of her forest home and her own origins, she comes into contact with creatures and settings straight out of Russian fables and mythology.

ABOUT THE AUTHOR
L.B. O’Milla was born in Kiev, Ukraine, and loved to read and write from an early age. When she was 26 years old, she with her husband and daughter fled the country escaping the ethnic and religious persecution. She arrived to America as a refuge.
In the US, O’Milla graduated from NYU and worked as a physical therapist while raising her family, but she never gave up her love of writing. Having grown up in a family that exposed her to the arts, literature, and music, O’Milla enjoyed Russian folklore and its characters.
She studied and mastered English, so that her first book could be written in the language of her new country. O’Milla’s novel, Adventures of Little Yaga and Her Friends, mixes Russian folklore with the American tech that her own children love.
In her spare time, O’Milla enjoys reading, writing, attending Metropolitan Opera performances and off Broadway shows, spending time with friends and family, and participating in outdoor activities. She lives in New Jersey. Now widowed, her biggest supporters are her children and her sister. O’Milla is at work on a sequel containing more adventures of Little Yaga.

GIVEAWAY
Enter to win an autographed copy of  Adventures of Little Yaga and Her Friends, by L.B. O’Milla, and a $25 Visa gift card. 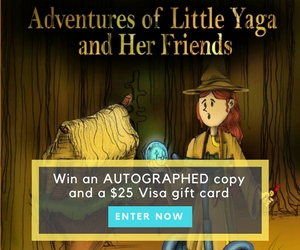 This blog not responsible for giveaway.
Posted by Carey Hurst at 20:52