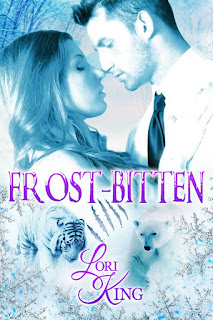 Dr. Quinn Jameson has secured his future by immersing himself in his career, but no amount of money in the world can ease his loneliness. Polar bear shifters aren’t pack creatures, but his soul craves more out of life. When a feisty, female tiger shifter begs him for help, he’s unable to resist and finds himself embroiled in a dangerous situation.
Aubrey Celine is in a bad spot. Pregnant and on the run, she’s out of options until she wakes up in the hospital under the care of a delicious-looking Doctor. Can she trust another man after what her ex has put her through? Or has her heart frozen solid?
In the midst of an epic blizzard, these two strangers must rely on each other to stay alive, but every time they’re alone, the heat between them could melt the ice caps. How far will they go to avoid getting frost bite? 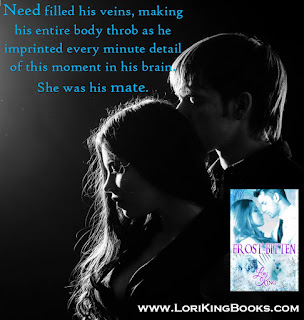 “All set. Your friend is currently searching the neighborhood for his runaway fiancée; he believes you went AWOL, against medical advice,” he explained as he started the ignition. “Stay down a little longer if you don’t want to be spotted.”
Aubrey did as she was told, hunching down on the buttery-soft bench seat with only the car’s luxurious interior and one delicious-smelling man to look at. Trapped in this enclosed space with Dr. Jameson, she became keenly aware of her body’s attraction to him. Damn hormones.
“It’s normal,” he murmured.
“I’m sorry?”
“The arousal. It’s normal during pregnancy. Your hormones are a bit chaotic.” He glanced over at her, and Aubrey felt her face heat up. “I just didn’t want you to be embarrassed about it.”
“Well, you majorly failed at that, Doc,” she grumbled.
“My name is Quinn. Considering I just helped you escape a dastardly villain, I think we should be on first name terms.” Several more minutes passed before he spoke again.
“We just crossed the river, so you should be okay to sit up now,” he instructed, turning the car off the main road.
“Where are we going?” Aubrey struggled to get her bearings in an unfamiliar part of the city.
“My house.” He looked her way again and shifted the gears flawlessly. “Unless you have another destination in mind?”
“I didn’t have any destination in mind. I just had to get out. Honestly, I didn’t even pause to consider the risk of leaving when I saw my opening. I just ran,” her voice cracked, and she swallowed the lump in her throat. She had no idea where the out of character streak of fearlessness had come from. Alex had been threatening her the entire time he’d held her captive, and until the moment she’d noticed the lock wasn’t secured, she’d never even seriously considered making an escape attempt.
“I know who you’re running from, but what I don’t understand is why? What did this guy, Alex, do to you?”
“He kidnapped me.”

"Seducing the world, one book at a time!"