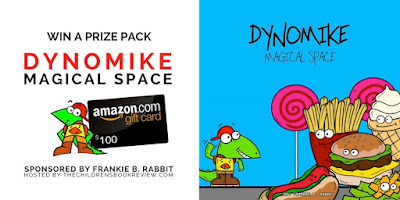 DISCLOSURE
Per FTC guidelines,  I disclose partnership with The Children’s Book Review and Frankie B. Rabbit 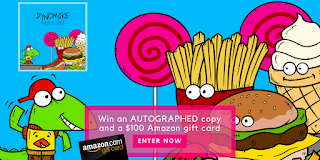 Written by Frankie B. Rabbit
Illustrated by Don Suratos
Publisher’s Synopsis: Dynomike’s day is off to a rough start, and it only seems to be getting worse by the minute. A series of early-morning mishaps and nearly being late for school leaves him stressed and worried that the entire day will be a disaster. Luckily, the bus driver senses Dynomike’s distress and gives him a magic tool to calm down, refocus, and start thinking his way to a better day.
All of us have bad days from time to time. But Dynomike “Magical Space” uses engaging illustrations and fun language to teach kids how to be mindful and shift their thinking to ease stress in any situation.
Dynomike: Magical Space is available on Amazon. 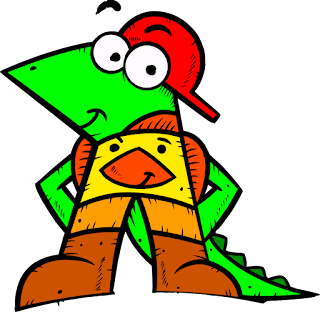 Ages 4+ | Publisher: CreateSpace Independent Publishing Platform | 2017 | ISBN-13: 978-1548097318
ABOUT THE AUTHOR
Frankie B. Rabbit was an underground rap musician born and raised out of New Jersey. After dragging his rap career longer than it should have, he decided to take his talent’s into writing children’s books. Check out some of his latest work:
www.DynomikeBooks.com | Facebook | Twitter | Instagram 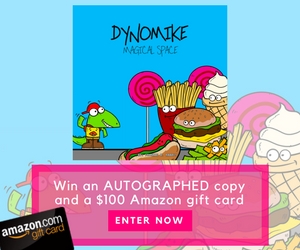 Enter to win an autographed copy of Dynomike: Magical Space, signed by Frankie B. Rabbit, and a $100 Amazon gift card.
One (1) grand prize winner receives:
Four (4) winners receive:
Age Range: 4 and up
Paperback: 58 pages
Giveaway begins November 6, 2017, at 12:01 A.M. MT and ends December 6, 2017, at 11:59 P.M. MT.
Giveaway open to international mailing addresses and residents of the fifty United States and the District of Columbia who are 13 and older.
Prizes provided by Frankie B. Rabbit
a Rafflecopter giveaway
Posted by Carey Hurst at 21:38