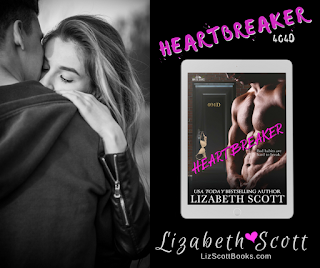 Sun Entertainment
Renovation TV heartthrob Elias Holt has been spotted at the Asheville Regional
Airport in North Carolina, accompanied by his sister, Belinda Holt. Is the
SoCal heartbreaker switching coasts?

Hot Entertainment
An unknown woman was seen with Facelift Reno’s star Elias Holt during a
heated argument at Pots of Posies a Treemont, North Carolina florist. Is this his new
love interest? What… trouble in paradise? Could the wedding off?

Real Source News
Real Source News can confirm that Elias Holt, star of Facelift Reno, has been in
North Carolina to book an event center for his sister’s wedding to Wes Matthews,
a United States Marine. April White of White’s Manor Event Center has been hired
on as the wedding planner. A collective sigh can be heard from women everywhere.

Sun Entertainment
Elias Holt was seen with wedding planner April White at Sixth Street Diner in Treemont,
NC. Our source reports that Mr. Holt and Ms. White were holding hands as they entered
and appeared to be more than acquaintances. Is Elias helping April with more than just
wedding preparations? Watch out, Ms. White. Elias Holt is known as a consummate heartbreaker.

Hot Entertainment
Is Elias Holt from Renovation TV going into the wedding planning business?
As seen in the photos below, it would appear that Mr. Holt is swapping his hammer
and nails for tulle and twinkle lights. The renovated stable where the wedding reception
will be held is at the 100-year-old White’s Manor. The Manor is currently under
extensive renovation by new owners, April White and Rachael Hart.
According to WhitesManorEvents.com, the Manor will offer a multitude
of event packages when it opens later this year.

Real Source News
Real Source News acquired this footage of a steaming-hot kiss between Facelift Reno
star Elias Holt and his wedding planner, April White, at a North Carolina flea market.
“We were just walking to our cars and there they were! Suckin’ face right in front of us!”
It looks like things between ‘Aprilias’ isn’t strictly platonic, as Mr. Holt’s publicist claims?

Each book in this steamy hot romantic series can be read as a standalone,
but for a richer reading experience, the following order is recommended:
Heartbreaker - 404D-May 1, 2018
Troublemaker - 790C
Lawbreaker - 382G
Mastermind – Penthouse
Hothead - 543B

Lizabeth spent years doing extensive research in preparation for writing her own stories by reading every romance book she could get her hands on. At least that's how she justifies her HUGE collection of romance books to Mr. Scott.
Liz grew up on a dairy farm in western North Carolina where she wrote her first story at the age of thirteen. She married her high school sweetheart and they have 2 kids and 1 simply adorable grand with another on the way. With her children now settled and on their own Liz pulled her dreams of writing back out and that little spark that sizzled for years caught fire and is now roaring back to life.
Liz loves to read and write stories about quirky, endearing heroines and the strong, handsome heroes who love them to distraction. She promises you a few laughs along the way with some steamy and charming moments thrown in but always a happy ever after.