The Kyn Kronicles Tour and Giveaway! 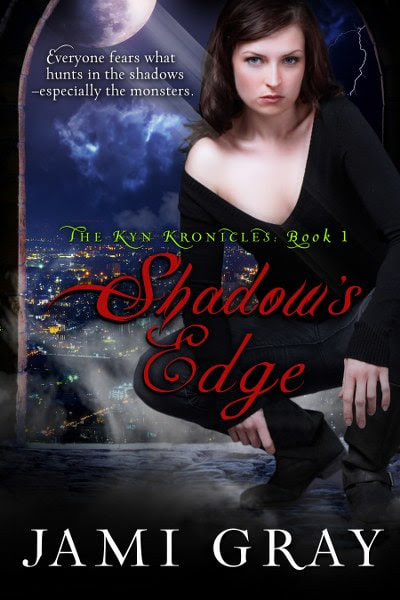 Everyone fears what hunts in the shadows--especially the monsters...

It takes a monster to hunt one, and for Raine McCord, forged in the maelstrom of magic and science, she's the one for the job. In a world where the supernatural shares a shadowy existence with the mundane, a series of disappearances and deaths threaten the secrecy of her kind and indicate someone knows the monsters are alive and kicking.

Partnered with the sexy and tantalizing Gavin Duran proves to be as challenging and dangerous as the prey she hunts. When the trail leads back to the foundation which warped Raine's magic as a child, her torturous past raises its ugly head.

Gavin and Raine sift through a maze of lies, murder, and betrayal, to discover not only each other, but the emerging threat to them and the entire magical community. 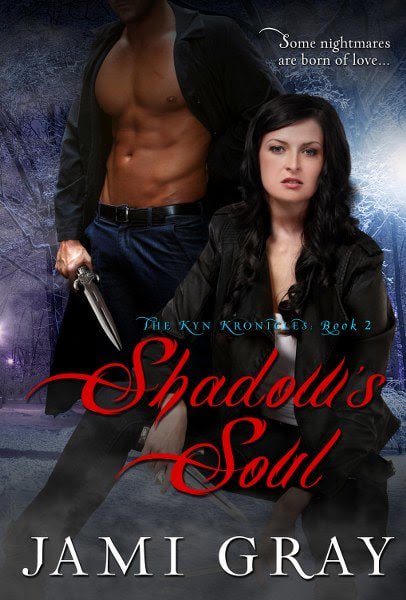 All she had to do was keep one man safe…

Raine McCord has no problem taking down the monsters of the world, it’s one of the reasons she’s so good at her job. So playing bodyguard to Cheveyo, head Magi of the Northwest, as he consults with the Southwest Kyn should be an easy assignment. Unfortunately, the simple task turns into a nightmare when Cheveyo is kidnapped and Raine is left for dead by one of the Kyn’s most feared beings, a Soul Stealer.

The Stealer’s attack leaves lasting wounds, undermining Raine’s confidence as a warrior and damaging her unruly magic. Her ability to heal her mind and spirit hinges on the one man who can touch her soul, Gavin Durand. Compelled to face the emotions raging between them, they must embrace not only their stormy relationship but their evolving magic to escape the twisted threads of murder and betrayal to find Cheveyo.

As Raine and Gavin come together and begin to unravel the complex web of secrets and hidden vendettas haunting the Southwest Kyn, they discover unsettling new truths that threaten their very existence. 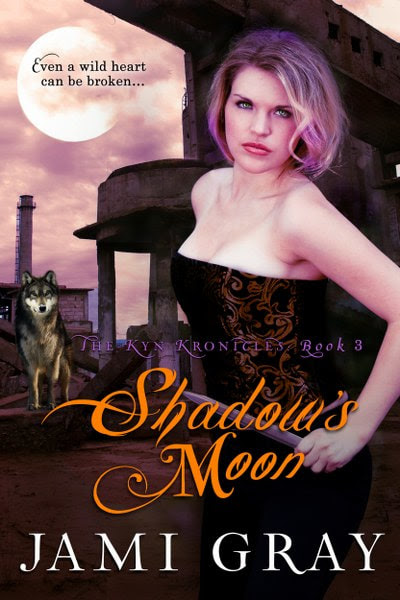 A blonde, a brunette and a monster walk into a bar and all hell breaks loose.

It should have been the start of a bad joke, but days from a full moon Xander Cade, Tracker for the Northwest Motoki Pack, finds nothing funny about confronting an enraged Shifter in a crowded Portland nightclub filled with unsuspecting humans, The resulting carnage begins to fray the thin veil of secrecy shielding the supernatural Kyn community from public scrutiny. It also ensures there is no escaping the one man she's been determined to avoid, her Alpha and mate, Warrick Vidis. Dominating, protective and compelling, Warrick threatens her individuality like no other.

As the Northwest Alpha wolf, compromise isn't in Warrick Vidis's vocabulary, but when his reluctant mate, Xander Cade, refuses to leave off the hunt for a killer, he has no qualms using whoever or whatever necessary to protect her or his pack. A series of unusual deaths involving lone wolves along with anonymous threats against him and his Pack begin to jeopardize his normal steely control. Add in Xander's continual reluctance to fully accept their Soul bond, and the line between intellect and instinct begins to blur, leaving him wondering if one woman's love and acceptance will be enough to save both man and wolf.

As the danger escalates, threatening not just their Pack but those closest to them, Warrick and Xander must find a way to trust each other and accepts their rare bond or risk losing everything--their pack, their friends and each other. 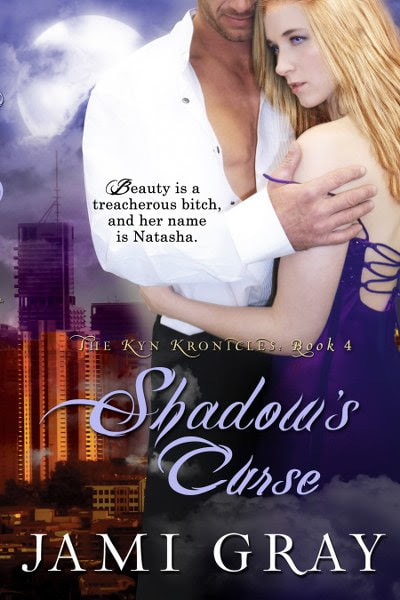 Death and chaos can devastate even the best-laid plans...

As the leader of the Amanusa, Natasha Bertoi thrives on chaos, but when tragedy strikes the Northwest Kyn, leaving bodies and betrayal in its wake, not even she is prepared for the fallout With the Northwest houses in an uproar and the Wraiths hungry for blood, all her carefully laid plans are put to the test as she wards off the greedy clutches of the ruling Kyn Council. Her plans and pawns are moving along nicely, until he joins the game. div>

Whispers of treachery draw Darius Abazi to the Northwest in search of justice hones with vengeance. After years of protecting the Council and its secrets he harbors no illusions on how lies can be twisted into truth. As death stalks the Northwest Kyn, he faces off with the beautiful, but manipulative Natasha to uncover the mastermind behind it all. div>

A dangerous attraction lures the two predators into a deadly game, where one wrong move could destroy all that Natasha holds dear. 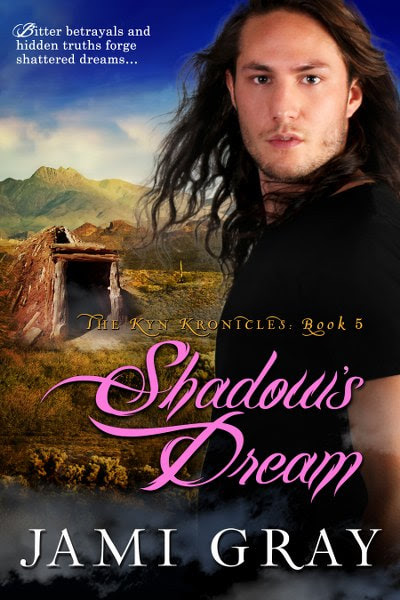 Cheveyo, the most powerful Magi in the Northwest Kyn, lives with one regret—walking away from Tala Whiteriver. When he is sent to broker an alliance with the Southwest Kyn, he recognizes his chance to rectify his mistake, but soon realizes the challenge may be more difficult than expected.

As the youngest Kyn to lead a house, Tala’s a force to be reckoned with, but her role came at a steep price. When an unprovoked attack by the Southwest alpha threatens her position and forces her to face judgment, she finds an unexpected ally in the man who once claimed her heart.

As a series of deadly events unfolds, tensions began to rise between the Southwest houses, with a Tala firmly trapped in the center. Before Tala and Cheveyo can quell the approaching storm, they must untangle a treacherous plot and expose the architects of a devil’s bargain designed to fracture the Kyn. Will Cheveyo and Tala be able to move beyond the confines of their positions and trust their hearts to forge new dreams before the impending nightmare sweeps them apart forever? 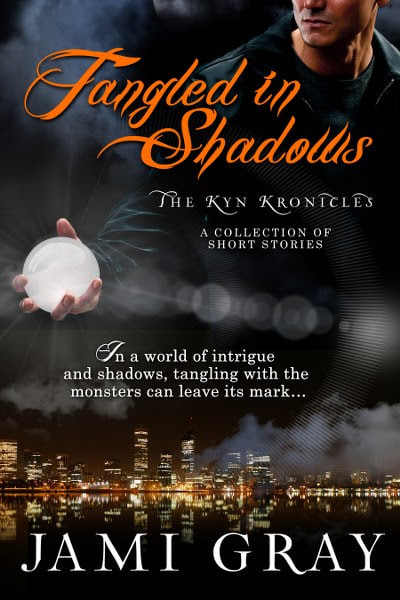 In a world of intrigue and shadows, tangling with the monsters can leave its mark…

Step into the world of Jami Gray’s Kyn with this collection of short stories, and discover why readers are disappearing into this exciting, Urban Fantasy series.

Wrapped In Shadows, .5 (previously published in Things That Go Bump For The Holidays)
The magic of the holiday season can be hell…
Elite Kyn, Gavin Durand and Raine McCord, are called in to investigate the aftermath of a Christmas engagement party gone horrifically wrong, only to face an unexpected gift.

Submerged in Shadows, 1.5
Treasures from the deep come in all shapes and sizes…
Forced on an unwanted vacation, Raine soon discovers that boredom is the least of her worries when danger washes ashore, bringing unexpected complications.

Masked by Shadows, 2.5
Nothing is ever easy…
For Gavin and Raine the job is simple, deliver a package to an interested party in New Orleans. Yet even the easiest job can mask unexpected challenges.

Ensnared by Shadows, 3.5
Deception leaves a tangled web…
Ryuu Kern, Motoki Pack’s Second, is no stranger to sticky situations, but when delectable Division Agent, Iliana Krychek, comes to him for help, it will take more than claws and teeth to untangle a deadly web of deceit. 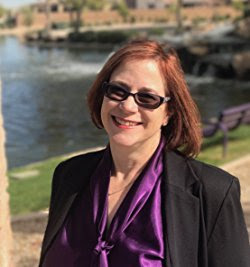 Follow the tour HERE for exclusive excerpts, guest posts and a giveaway!

This blog not responsible for giveaway