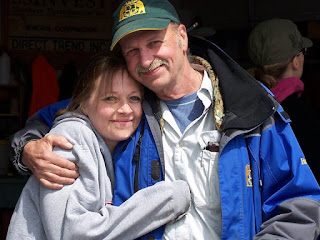 We are a day off of the one year anniversary of my bio-dads death. You see even at 44 years old last year when he left me , I had only known him 9 short years. Not a even a decade with the man my whole life I built around a Fairy Tale in my head. And when I say my whole life , his abandonment affected my whole life and if I remain honest it stills does. You can do all the internal self work you can find, let go of it , well think you finally let go of it , but it comes back. Cause no matter how much you wish it wasn't true, that man s action proved he never wanted you to you. Holding on to that and feeling that for over 3 decades scars you so deep. I wish now at this age I could have listened when I was told stories or told the truth about the man who ran away, but it doesn't matter, it is something you have to get for yourself , see it to finally be able to accept it.. How I wished that bubble for me could have been burst when I was younger. meet the man decades and decades earlier. My life wouldn't have been the ruin I let it become. You never quite heal from being in effect thrown away. The crazy part is it happened to me as a later teen from the family I loved so deeply , who were always there for me , they decided to abandon me too , throw me away so easily for a couple years. You have no idea the damage that that does to you.

I was sad for about 2 hours when he died for the actual man that passed away, the man I had come to know. Though as in his life as he did with his children , he chose to die alone, not give us the courtesy of knowing that it was the end. That abandonment then at the most crucial time at the end of someones life sparked the anger. I went from the grief stage to the anger stage in less than  a few hours . The anger lasted till my birthday this year in January when pieces of my fathers life and his ashes showed up to my door. I broke hard. Gut wrenching sobs attacked my whole body , right down and touched the little girls soul. It hit me like a wave of terror, ripping through me like I was that 3 year old again crying on the top of the steps just wanting my dad.

My internal sadness continued daily at the onset of his passing, but only for the little girl so badly damaged deep inside who spent her entire life wishing with every fiber of her being , that the man she created in her head would come and make everything better. That didn't happen though , that never happened. I became the hero of my story after I found him myself.  And I begrudgingly admit that I made a critical mistake in self healing right from the time we first talked and it is still unfinished when he left for good this time around. I never once called him on his abandonment , never once did I ask why didn't you want me. I was just that little girl again desperate to not lose her dad again so I kept the fairy tale going until it shattered itself.

Until it shattered for you , nothing anyone said or did mattered or would have swayed you in anyway.

And now I have done it to my youngest son. It kills me every day to know exactly how he feels. I know the torment going on in his head. You build your dad up so high in your head , give them so much of your internal power, none of which they deserve. Cause no matter how they spin it , or how they explain it away ; they left you . They abandoned you , you aren't good enough to hold a place in their  life and their heart. Never in a million years did I expect the man who biologically helped me produce Zach to abandon him that way. And you see I did it again; I created a false fairy tale around the man cause all I thought about was making sure Zach would one day get the chance to meet his dad. Plus he has a son already and treats that kid like gold , so why would he treat Zach any less. Hold out hope everyday that today would be the day he would come save him. I didn't know how else to process the abandonment of my son from his father, since of course I was still an abandoned little girl myself.  I won't let Zach live a lifetime , decades of that abandonment to scar his as I am scarred; he is so damaged without his dad already. It actually is scary to see, he is more affected at that age than me.